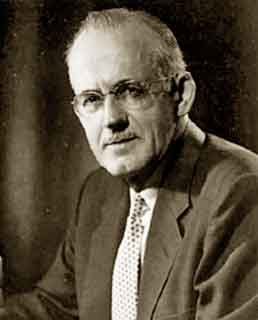 A.W. Tozer is one of my favorite writers and preachers from the past. He was a man truly sold out for God and devoted not only to his local congregation but to the church at large. In my opinion, his books "The Pursuit of God" and "The Knowledge of the Holy" are must-read books for anyone wanting to live more than a superficial Christian life.

I have been reading his book, "The Dangers of a Shallow Faith: Awakening from Spiritual Lethargy."  One chapter in particular grabbed my attention, and I felt the lesson that he presented in this chapter, entitled "Getting Ready to Fight the Good Fight" were too good to keep to myself. I have re-titled it "Anticipatory Prayer" because that is essentially the subject matter. In this time of world-wide crisis, it is more important that ever to understand this lesson. Please read this prayerfully...I believe this could be a great help to many of us!

(Italics and bold print are mine.)

"Watch and pray, that ye enter not into temptation; the spirit indeed is willing, but the flesh is weak." (Matt. 26:41)

On that night in the garden, the Lord Jesus Christ was about to be betrayed into the hands of sinners. He was about to offer His holy soul and have poured out upon that soul the accumulated putrefaction and moral filth of the whole race of men; and He would carry it to the tree and die there in agony and blood. I think there can be no doubt that this is the record of the most critical event in the history of the world. It had about it and upon it more mighty historic significance, greater human weight of weal and woe, than any other event or series of events in the history of mankind. Only the one most vitally concerned anticipated this crisis and prepared for it. That man, of course, was Jesus, and He prepared for it by the most effective preparation known in heaven or in earth; namely, prayer. Our Lord prayed in the garden.

The Lord was dying that all things might be united in Him. That the heavens as well as the earth might be purged and that new heavens and a new earth might be established that could never pass away. All of this rested upon the shoulders of the Son of God on that night in the garden. He prepared for this cosmic event in the most effective way known under the sun, and that is by going to God in prayer.

They were bogged down in spiritual lethargy and were unconscious of the importance of that hour. They did not anticipate any crisis, and therefore were completely unprepared for it. The result of their failure to anticipate was that one betrayed our Lord; one denied our Lord; and all forsook our Lord and fled away. Then Christ gave them these words as a sort of a little diamond set in a great ring. He said, “Watch and pray, that ye enter not into temptation: the spirit indeed is willing, but the flesh is weak” (Matt. 26:41).

I want to point out that this prayer Jesus made that night in the garden was an anticipatory prayer; that is, He prayed in anticipation of something He knew was coming in the will of God, and He prepared for it. I want to emphasize and lay upon your conscience to practice anticipatory prayer, because battles are lost before they are fought.

Battles are always lost before they are fought. You can write that line across your heart or across your memory, and the history of the world and biography will support it. It was true of France in the Second World War. During the First World War, France’s cry electrified the world: “They shall not 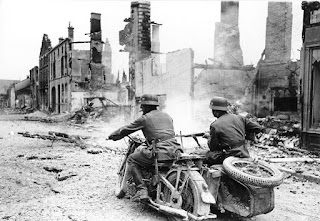 pass!” And pass they did not. France, in her strength, rose and opposed the hordes of the Kaiser. But only 25 years later, the hordes of Hitler came down, and France surrendered almost without firing a gun. To this day, men do not know why. Why did they lose the battle? Why did France surrender? She surrendered because between her finest hour when she cried, “They shall not pass,” and her disgraceful surrender, she had politically, morally and spiritually decayed, like an old tree filled with dry rot. When the tanks of Hitler came sweeping in, France went down and has never risen since. She still manifests the same spirit in her politics and in her social life that caused her to lose the Second World War.

This is also true of professional fighters. Fighting men are said to leave their victory in the nightclub. A man, to be at his fighting peak, must take care of himself. Some fighters, after gaining world acclaim and becoming popular, start going to the nightclubs, drinking, staying up all night and sleepily loafing in the day. Then it is time to fight again. Though they try desperately to get ready by what they call training, the nightclubs have taken too much out of them. So they go into the ring and collapse in the fifth round, and people say, “How could it be that this mighty fighter should go down so disgracefully before a man who is not even rated and was not supposed to be that good?” He lost the fight before he went into the ring, not when they counted him out there on the floor face down and unconscious. He drank, stayed up and danced half the night or all of the night. He left his victory in the nightclub.

THE BATTLE ON A HIGHER LEVEL

It was also true of Israel. In the Old Testament, when Israel went in to battle righteous and prayed-up, she never lost a battle. When she went in filled with iniquity, and prayerless, she never won a battle. She always lost her battle when she worshiped the golden calf or sat down to eat and drink and rose up to play, or when she intermarried with the nations or when she neglected the altar of Jehovah and raised up a heathen altar under some tree. It was in those times that Israel lost her battles. It was by lack of anticipation; it was before it happened that she lost.

Not only are battles lost before they are fought, but battles are also won before they are fought. Take
David and Goliath as an example. Little David with his ruddy cheeks went out and slew the mighty, roaring, breast-beating giant, who was 11 feet tall and had a sword like a weaver’s beam. Tiny, stripling David went out and with one stone laid Goliath low, and with his own great sword, which David could hardly lift, cut off Goliath’s head, carried that huge head by the hair and laid it before shouting, triumphant Israel.

When did David win that battle? Was it when he walked quietly out to meet that great boasting giant? No. Let somebody else try it and the words of Goliath would have proved true: “I will give thy flesh unto the fowls of the air, and to the beasts of the field” (1 Sam. 17:44). Under other circumstances, he would have done just that

David was a young man who knew God, had slain the lion and the bear and had taken his sheep as the very charge of the Almighty. He had prayed and meditated and lay under the stars at night and talked to God and had learned that when God sends a man, that man can conquer any enemy, no matter how strong. So it was not that morning on the plain between the two hills that David won; it was all down the years to his boyhood, when his mother taught him to pray and he learned to know God for himself.

After 20 years of separation, Jacob was to meet his angry brother who had threatened to kill him. He had run away so that Esau could not kill him after he took his older brother’s birthright, and now he was coming back. The Lord revealed that the next day they would meet there on the plain beyond the river Jabbok.

The next day they met, right on the plain, and threw themselves into each other’s arms. Esau forgave Jacob, and Jacob conquered his brother’s ire and murderous intent. When did he do it? Did he do it that morning when he walked out to meet his brother and crossed over the river? No, he did it the night before when he wrestled alone with his God. It was then that he prepared himself to conquer Esau. Esau, being the stocky, solemn, hairy man of the forest who had threatened that he would slay Jacob when he found him. How could Esau cancel that oath? God Almighty took it out of his heart when Jacob wrestled alone by the river. It is always so. Jacob conquered Esau not when they met, but the night before they met.

Elijah defeated wicked Ahab, Jezebel and all the prophets of Baal and brought victory and revival to Israel. When did he do it? Did he do it that day on Mount Carmel? After Baal followers had prayed all day long and leaped on the altar and cut themselves until they were bloody, Elijah walked up at six o’clock in the evening at the time of the evening sacrifice. He prayed a little prayer. Was it a prayer that took him 20 minutes, as we sometimes do in prayer meeting and shut others out? No, it was a blunt, brief little prayer of exactly 66 words in English. I would assume it was fewer words in Hebrew.

Did Elijah’s prayer bring down the fire? Yes and no. Yes, because if it had not been offered, there would have been no fire. No, because if Elijah had not known God all down the years and had not stood before God during the long days and months and years that preceded Carmel, that prayer would have collapsed by its own weight and they would have torn Elijah to pieces. So it was not on Mount Carmel that Baal was defeated; it was on mount Gilead. Remember, it was from Gilead that Elijah came.

I always feel that I am a better man for reading this story about how that great, shaggy, hairy man dressed in the simple rustic garb of the peasant came down boldly, staring straight ahead and without any court manners or without any knowledge of how to talk or what to do. He walked straight in, smelling of the mountain and the field, and stood before the cowardly, hen-pecked Ahab and said, “I’m Elijah. I stand before Jehovah, and I’m here to tell you they’ll be no rain until I say so.” That was a dramatic, terrible and wonderful moment; but back of that were long years of standing before Jehovah. He did not know he was going to be sent to the court of Ahab, but he anticipated it through long prayers, waiting and meditating in the presence of his God....