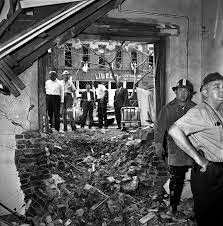 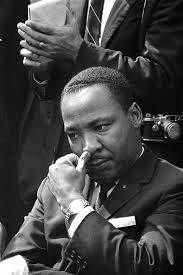 Posted by Wayne Nall Jr at 7:05 AM No comments:

As I was writing my last blog post "A Colossal Failure" three weeks ago, word was just coming in about the chemical attack in Syria that had taken place that day.  Little did I know that it would dominate the news for the next several weeks.  Since then, I've watched in amazement as this administration has double-underlined the point I was trying to make last month that the foreign policy (or lack thereof) of this administration is certainly "a colossal failure."  Although I personally believe we should have gone into Syria as a response to this use of chemical weapons, I don't think this president ever actually wanted to do what he stated that we must do.  He threw it to Congress, hoping for some cover, and got completely rebuffed.

The events of this week have made the United States government look like the Keystone Kops, with Secretary Kerry making statements about "an unbelievably small" strike (which I thought was an unbelievably obtuse statement), then inadvertently opening the door for wily Russian President Putin to take center stage as a supposed arbiter of peace, then President Obama making the case for and against intervention in Syria in the same speech!  It would be funny if it weren't so tragic.  Our government, hence our country, has been made the laughingstock of the whole world.

Ron Fournier, a very well-respected journalist for National Journal (hardly a right-wing pulication), wrote the following this week that I thought summed this whole fiasco up:

The good news is we're not at war. The bad news is … almost everything else about President Obama's handling of Syria--the fumbling and flip-flopping and marble-mouthing--undercut his credibility, and possibly with it his ability to lead the nation and world.

He would go on to quote a Democratic strategist who stated that "this has been one of the most humiliating episodes in presidential history."

I fear that we are entering an incredibly dangerous period in world history with a man at the helm that doesn't have the least idea what he's doing.  The tragedy in Benghazi a year ago (which we still have so little information about and for which not one person has been arrested), attested to this as well as the events of the last week.

The prophet Isaiah confronted an equally bad leader in Judah almost 3,000 years ago.  Ahaz' reckless and foolish leadership had left the nation a shell of it's former self.  Isaiah at first counseled the king that "If you do not stand firm in your faith, you will not stand at all." (Isa. 7:9b)  This type of resoluteness was not something that Ahaz possessed, and I'm afraid it's not something that our president possesses either.  However, Isaiah, after being rebuffed by the king, set his sites on a higher King, who is King above all Kings (and above all presidents!).  It was actually at this low point in history that God would give his prophet these incredibly powerful words, foretelling of a time when One would come in whom we can put our complete dependence:

For to us a child is born,    to us a son is given,
and the government will be on his shoulders.
And he will be called    Wonderful Counselor, Mighty God,
Everlasting Father, Prince of Peace.


In the end, the government that Christ will bring will be the only government that we can have complete dependence on.  In the meantime, this world will face more and more crises that are unsolvable by even the greatest leaders.  Yet those of us who trust in Christ have no reason to fear, for His government and His peace are active and alive today in our hearts.  No matter how chaotic this world gets, we have a sure foundation in Him!