The View From Behind The Counter 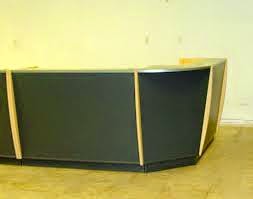 I've been a salesman at a local tire store for the last nine years.  In this capacity, I wait on dozens of people every day, most of whom are not exactly happy to be there.  Tires and auto service are "grudge purchases", inasmuch as most people don't wake up in the morning excited that they are going to get to buy tires for their car or get their truck fixed.  As a result, I often see people at their worst. It just kind of comes with the job. Anyone that has ever been in any kind of service work would probably agree with me that about 95% of the customers are no problem.  There may be issues, but most people are reasonable to deal with.  If you treat them right, they'll treat you right.  However, there are probably about 5% "problem children" who can be rude and obnoxious and not satisfied with anything you do.  The sad thing about this to me is that many of these difficult customers are Christians.

I've had a person with a Christian t-shirt cuss me out, a pastor make completely unreasonable demands and treat me with contempt and derision when I didn't do what he wanted, and other known "Christians" be incredibly rude to me or to the people I work with.  Some of these situations just made me want to crawl under the floor, not because of what they might have done to me, but because of what they did to the name of Christ.  I work with people who are my friends and that  I have a lot of respect for.  Good people, but people who don't know the Lord like I do.  When I see this happen, it just destroys any witness I might have had with them.

We think being a witness is just about telling people about God, giving them tracts, and getting them to church on Sunday.  I have nothing against any of these things, but I've come to believe that witnessing should be 99% walk and 1% talk.  I think we as Christians have it backwards sometimes. It's really about treating the people around you in a Christ-like way and going out of your way to serve everybody.  I heard Dr. Tony Evans say something one time that really resonated with me.  He said that when you go into a place of business to be waited on, whether it's a restaurant, a store, or a doctor's office, you need to go into that place realizing that you are the servant to the person who is waiting on you.  When was the last time you really appreciated the server in the restaurant who took your order, not just with a good tip (which you should certainly do!), but with a word of appreciation for her service?  What about the person who checks you out at Walmart?  Do you treat him with appreciation, or just as an inanimate object who is serving your needs?  If you are a Christian and you treat people who serve you in an ugly way, for God's sake (and I mean that literally, not in a profane way), don't wear a Christian t-shirt or hand out tracts!   If you are a pastor and you treat people who serve you rudely, I would suggest that you find some other line of work.   As someone who works behind the counter, I would rather you keep your so-called Christianity to yourself if you're not going to live it.  This may seem harsh, but I've seen too much harm done by people who profess Christianity to not speak out about this.

Finally, a word to my non-Christian friends (and I really hope you are reading this).  I'm sorry for the way that some people who profess the name of Christ may have treated you in public.  That is not the way Jesus was.  Jesus loved everybody, and he saved his derisive comments for those who seemed to be religious on the outside, but on the inside he said they were like dead men's bones.  I would ask you not to reject Jesus and his teachings just because some of his so-called followers don't act like him.  It would be like saying all cars are bad because some cars break down.  Christianity works when it's applied.  When it's not lived-out, it's just pretty awful.

And that's the view from behind the counter.
Posted by Wayne Nall Jr at 8:07 AM 1 comment: