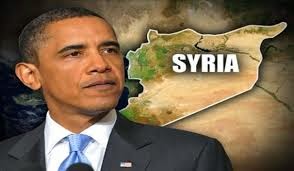 While most Americans are focused on events here at home, the world, particularly the Middle East, is beginning to unravel before our eyes.  Consider the following news reports:


Yet at this critical juncture, the U.S. has put itself in a position in which in has less and less ability to influence events for good.  In five short years, the Obama Administration has pursued a disastrous foreign policy, which has resulted in dramatically waning influence of the U.S.  Consider this:

In the meantime, the American people are largely asleep.  We somehow don't realize the implications of what's going on outside our borders.  Frankly, the dangerously feckless foreign policy of this administration could have even more disastrous consequences than even his catastrophic domestic policy.  However, we seem to have developed a new strain of the "Fortress America" mentality that existed right before our entry into World War I and then later in World War II.  Even many conservative Republicans have played into this thinking, believing that we just need to recede off the world stage and "take care of our own business."  However, the world of 2013 is actually far more dangerous than the world of 75 or 100 years ago.  We desperately need a resolute American leader like a Lincoln or like Winston Churchill, but instead we have an administration that looks more like that of  Neville Chamberlain's in Britain right before the Second World War.
Throughout our history, America has had a significant role to play in world affairs.  Particularly since World War II, the United States has been considered by the entire world as the Bulwark of Democracy.  In the years 1945-1991, we were one of the world's two great superpowers, and since the disintegration of the Soviet Union, we have been the only superpower left.  Up until very recently, our influence in the world, for good or for ill, has been enormous.  It was America who instituted the Marshall Plan to rebuild Europe after World War II.  It was America who stood up against communist aggression around the world until the Soviet Union found itself on "the ash heap of history."   It has been America who has provided billions of dollars in aid of fight the spread of AIDS on the African continent.  These policies made the world a better place, which in turn has given America a long period of relative peace and tranquility in which people can raise their families in safety, worship God as they see fit, and generally enjoy life.

We need to pay attention to what's going on around us.  I'm not in despair, and I wouldn't want anyone else to be in despair.  I certainly believe that God is ultimately in control of events, and I put my trust in Him in these perilous times.   However, we must do our part.  We can't snooze while the world burns, and we develop a "Fortress America" mentality at our own peril.

Want to read more?  Here's links to some of my more popular posts:
Reflections On 30 Years of Marriage-Part 1
My Take On "The Bible" Series
Abolition and Abortion
Things My Mom Taught Me

Posted by Wayne Nall Jr at 4:41 PM No comments: