Thoughts At Fifty - Living Between The Dash 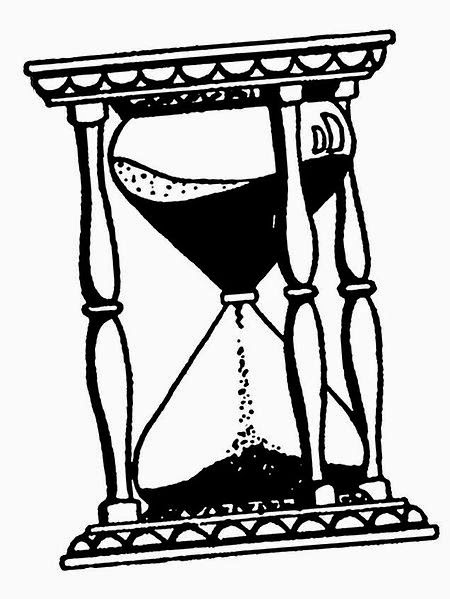 I turned fifty recently.  I was thinking this morning about why people dread getting old. Obviously, the older you get, the more difficult life becomes, and I don't especially look forward to that part.  I'm trying to do a few things health-wise now that I hope will cushion that blow.  Eating better and more exercise. For most folks, though, I think the reason they dread getting old is the way they look at life. Most see life as kind of like an hourglass. You know, it starts out with all the sand in the top. At the end of the hour, it has all trickled down to the bottom. According to this analogy, it's likely that there is a lot more sand in the bottom of my hourglass than in the top!

However, I like to use a different analogy for life. I look at life like a race--not a sprint race, but more like a marathon. You see, life shouldn't be spent waiting around for all the sand to run out of the hourglass. God has given each of us a race to run, a marathon to complete. Like an actual race, the runners start out strong. Maybe they cruise through the first few miles, but as they get to the middle of the race and push towards the end, more and more runners just drop out. It just gets too rough. Yet, the few that remain are so focused on the goal line that they don't worry about the pain they're experiencing in the present. They just know that there is a goal out there to push for that will make it worth it all. The good runners (I'm not one, so I'm only writing from what I've heard from others) learn to ignore the pain...even to embrace the pain. As the old adage is-no pain, no gain!

You might be surprised to know that this analogy of life is a very old one. In fact, its origins go back to the Bible. Paul, in his first letter to the Corinthian church, compares life to a race. He makes this statement:

Do you not know that those who run in a race all run, but only one receives the prize? Run in such a way that you may win.  Everyone who competes in the games exercises self-control in all things. They then do it to receive a perishable wreath, but we an imperishable. Therefore I run in such a way, as not without aim; I box in such a way, as not beating the air; but I discipline my body and make it my slave, so that, after I have preached to others, I myself will not be disqualified. (I Cor. 9:24-27)

The analogy of life as a race works since the runner has to discipline his or her body to get to the goal line. A runner who doesn't exercise self-control might as well not even try to run! Paul also tells us here that there is a prize at the end of the race. Life is not some meaningless exercise. There is a goal in mind that makes it worth everything.  On another occasion, Paul made this statement:

Brethren, I do not regard myself as having laid hold of (the prize) yet; but one thing I do: forgetting what lies behind and reaching forward to what lies ahead, I press on toward the goal for the prize of the upward call of God in Christ Jesus. (Philippians 3:13, 14) 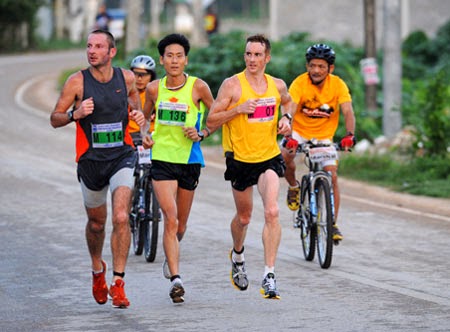 To Paul, the past was the past. He was more concerned with getting to the goal, a prize he calls the “upward call” of God. The prize is getting to “go up” to be with God. Yes, we get to heaven because of the grace of God. But the Bible also clearly teaches that only those who press through and are faithful to the end are those who get “the crown of life.” Now, to be honest, I don't really understand all there is to know about this prize. You can read in Revelations 2 and 3 about the various prizes that are available to those who overcome and make it through this life as faithful witnesses to Christ, yet I don't profess to really understand what they are. I just know that they are there, and that they don't come automatically. I do know that I can agree with Paul that “eye has not seen, nor ear heard...the things that God has prepared for those who love Him.” (I Cor. 2:9 NKJV)  In another place, he says the prize will be "far beyond all comparison."  Whatever it is, it'll be awesome!

There's another “life analogy” that I've heard that I really like, though at first glance it seems rather depressing. That is of “the dash.” The kind of dash I'm thinking about is the dash that is on a tombstone. You know, the little “-” between the day of your death and the day of your death. Mine so far is “March 12, 1964 - ?” You see, we all are living in that dash. I don't know when the last date gets filled in, but until that day, I want to “live in the dash.” Scripture also describes life as “but a vapor.” Wow! That's encouraging! However, when you think about it, it's really true. I don't feel like it's been very long at all since I was a teenager. And even if I live another thirty or even forty years, that time will pass so quickly. But what am I doing to “live in the dash?” Am I making the most of every opportunity? God put us here to live for Him and to love others. Am I doing that? Are you doing that? I don't know how much longer I'll have here. It may be many years. It may be a few. Whatever my lot, I want what I have left in this life to be productive. I want it to count for something.  I hope you do too.

One more scripture related to “the race” is relevant here:

Therefore, since we are surrounded by such a great cloud of witnesses, let us throw off everything that hinders and the sin that so easily entangles. And let us run with perseverance the race marked out for us, fixing our eyes on Jesus, the pioneer and perfecter of faith. For the joy set before him he endured the cross, scorning its shame, and sat down at the right hand of the throne of God (Hebrews 12:1-3)

Jesus ran the race first, and He ran the race best.  He is our example.  What He endured is far worse than anything you or I will ever endure, yet He didn't falter or faint, but fixed His eyes on the prize.  Since He completed His race and is up ahead at the finish line, I can look to Him as he waits for me and receive great encouragement.

As the runner nears the finish line, it doesn't become a time for despair. Rather, it is a time of excitement as the race is nearly done and the prize is near. For me, seeing Jesus is that prize. Hearing the words “Well done, good and faithful servant” will make all pain, all the hurt, all the sorrows of this life, seem as nothing.

Here are links to a few more of my posts:
What Is Marriage?
Reflections On Thirty Years Of Marriage
September 15, 1963