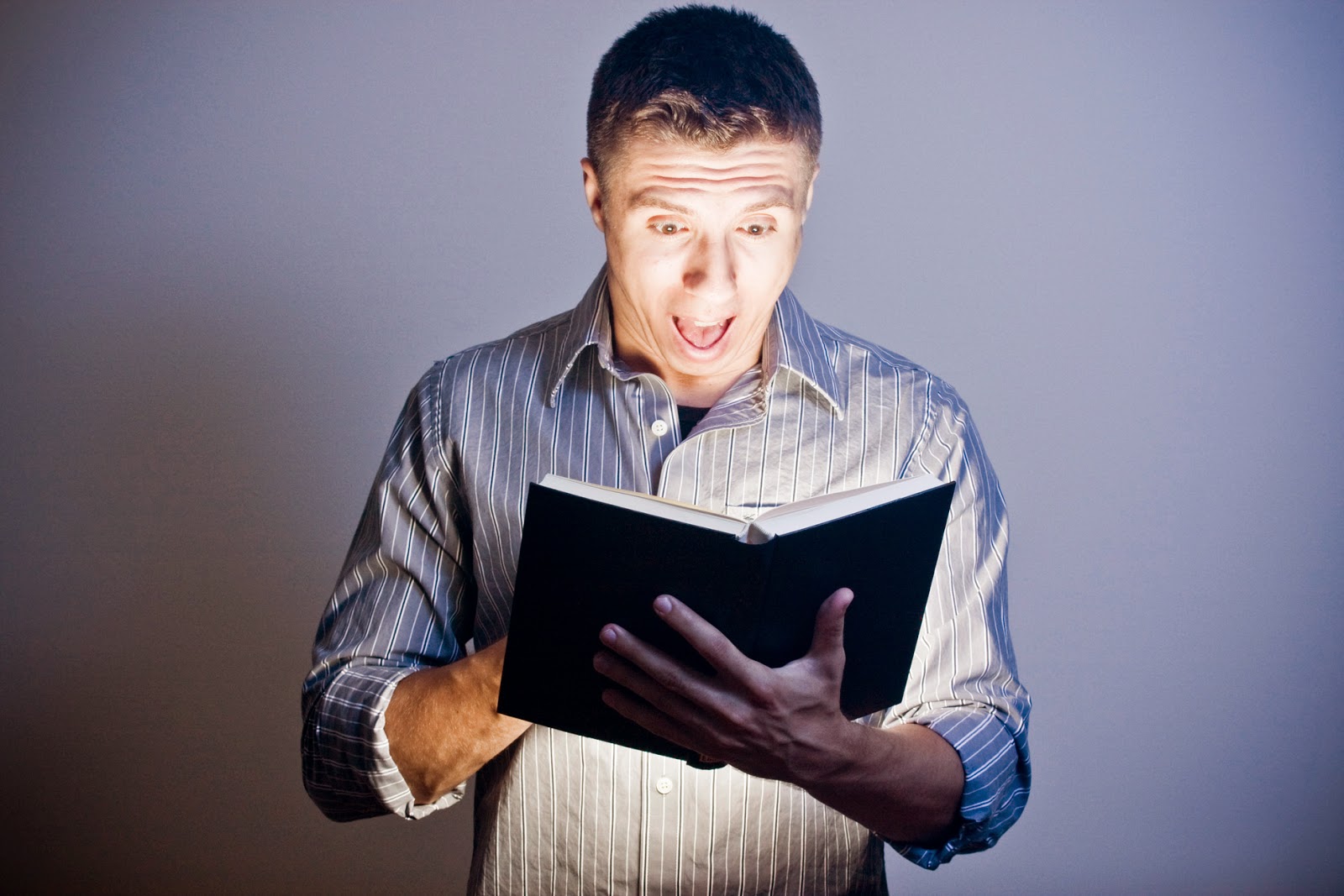 As we start 2015, many people will be making New Year's resolutions.  I actually think this is a good thing.  I find it a good time to reassess my life prayerfully, and try to make changes that will improve my life.  Many people resolve to lose weight, exercise more, eat less junk food, etc.  All are noble goals (and some that I could use myself!), but I'd like to suggest to you one goal that should surpass them all.  I would like to challenge you to start a Bible reading plan in 2015.

Why read the Bible?

First of all, simply because it is the Word of God.  2 Timothy 3:16 states, "All Scripture is God-breathed and is useful for teaching, rebuking, correcting and training in righteousness..." The Bible, both New and Old Testament, is inspired.  This doesn't mean "inspired" like a book or a movie is "inspirational." It literally means "God-breathed."  God was in the writing of his Word from the beginning to end.  This doesn't mean that God just dictated the words to men and they wrote them down.  It's very obvious that men's personalities largely come through in the writing.  I like that.  Though it was "God-breathed," God used many different men with varied personalities living in distinct cultures over thousands of years to pen the Bible.

Yet there is a continuous narrative from Genesis to Revelation.  That narrative is the unfolding of God's promises first of all to his people Israel and then to the greater Kingdom of God as it is revealed in the New Testament.  From first to last, it is all about Jesus Christ, the Son of God.  As I have heard it described elsewhere, the Old Testament is Christ concealed: the New Testament is Christ revealed.

The Bible has stood the test of time.  Pastor Rick Warren makes some very good points about this:


Despite all the attacks throughout history, today the Bible is the greatest single source of culture. It’s the greatest single source for music, art, and architecture. If you take the Bible out of culture, you would destroy most of the major music, artwork, and architecture of the past 2,000 years. Even much of our English language comes from the King James Bible.

He goes on to tell this story:


Voltaire, the famous French philosopher, was a brilliant atheist. He wrote a number of tracts deriding the Bible. He once made a very bold statement: “One hundred years from today the Bible will be a forgotten book.”...After Voltaire died, for nearly 100 years, his homestead was used as the book depository for the French Bible Society.  They sold Bibles out of his house! It’s now a museum. People have forgotten Voltaire.  Nobody forgets the Bible.

I hope you believe every word of the Bible.  But anyone who wants to consider themselves educated shoudl read the Bible.  Though our culture has become increasingly secular, it's scriptural roots are still there. You can't really understand American culture without understanding the Bible on which it was based.

Many well-meaning Christians only read the New Testament, thinking that reading the Old Testament is a waste of time. Nothing could be further than the truth.  In fact, you really can't understand the New without understanding the Old.  Jesus himself stated,

The Law and the Prophets was the Jewish way of describing what we now call the Old Testament.  You can't understand the full import of what Jesus came to do if you haven't read the first three-fourths of your Bible.  He came to fulfill all the was foreshadowed in the Old Testament.

There are many more reasons why you should read the Bible.  (You can read an excellent article with many more great reasons to read the Bible here)  For me personally, one of the greatest reasons is that it has been a major force in shaping my worldview.  We don't talk about worldview much these days, and some might not understand what I'm talking about.  A good definition of "worldview" that I've found is " The overall perspective from which one sees and interprets the world."  Having a Biblical worldview changes the way you see the world.  You don't see humanity as a "cosmic accident," but as a creation of God made in God's very image.  Therefore, you treat other humans not as annoyances but as fellow creations of a loving Creator. 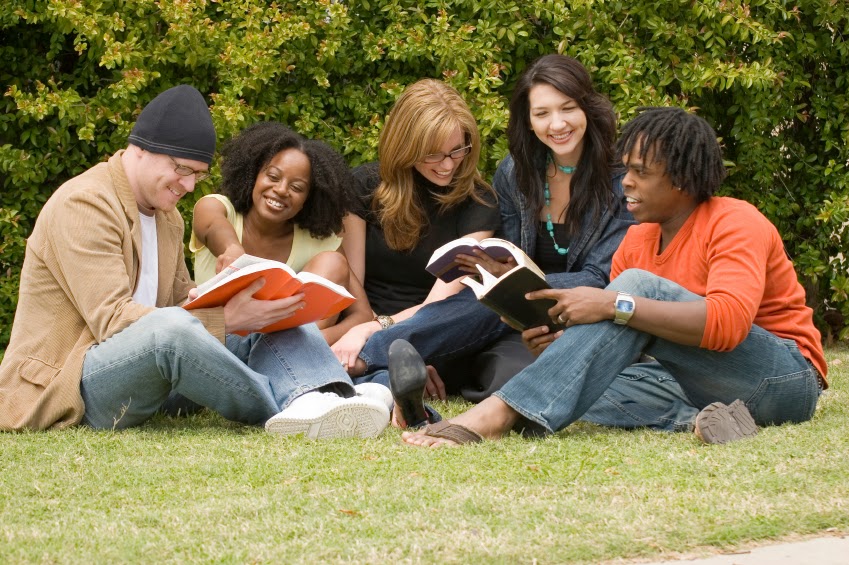 Having a Christian or Biblical worldview also helps you make sense of the world around you.  The Bible teaches that man is a fallen creature.  God's original intent for man (and for all of creation) was marred by the fall, and henceforth chaos often ensues.  People ask why there is so much war, disease, famine, and tragic weather events in the world. These human and cosmic tragedies only make sense when you look at creation from a Biblical lens.  They are the result of the fall and the subsequent curse that God put on the earth as a result. (See Genesis 3:17-19).  However, a Christian or Biblical worldview also gives you great hope, as we have sure promises that one day mankind (at least, that portion of mankind which has accepted the sacrifice of Jesus Christ on the cross) and creation itself will be redeemed and purified.  (See Revelation 21)

I have been reading the Bible since I was a child, but it wasn't until 1996 that I committed to reading it daily.  That year, I read an article by Pastor Jack Hayford which challenged readers to commit to daily Bible reading.  It made a profound impact on me, and I've been trying to read the Bible daily since then.  This one phrase has stuck with me since then.  Pastor Hayford stated, "I don't turn the light out (on a day), until I've turned the light (the Bible) on!"  I've made that a cornerstone of my life since then, and I've never regretted it. I don't think that I could count on my hands (maybe even on one hand) the number of days in the last nineteen years that I haven't read something from the Word of God.  I try to get up every morning early and spend time in prayer and then read a section from the Bible.  I am constantly amazed how that God can take a passage that I may have read dozens or even hundreds of times and reveal fresh truths from that section.  I love to read other books, but no other book has that power!

What translation should you use?  I primarily use NASB (New American Standard Bible) as I believe it is still one of most accurate, but there are a lot of good translations out there.  I grew up in a King James only environment, and I still love the beauty of the King James Bible, but our language has changed so much in the four hundred years since it was translated, that much of it doesn't make sense to us now.  I actually like to use several versions when I'm studying the Bible.  I don't know Greek and Hebrew, but I do have access to both a Greek and Hebrew dictionary.  I use them on occasion to help me understand some of the sometimes obscure wording, but also to bring out some of the subtle nuances that we miss in the translation  Using these and other Bible study tools really enhances my time in the Word.

Today, I'm starting a new Bible reading plan.  I'd like to invite you to come along with me.  The one I have chosen is the M'Cheyne Bible reading plan (which you can access here). It was developed by Pastor Robert Murray M'Cheyne (1813-1843), a Scottish pastor from the nineteenth century.  Using this plan, you will read the Old Testament once and the New Testament twice this year.  It's not a straight chronological reading, but includes reading from two sections of the Old Testament and two from the New Testament each day. (By the way, if you've never read the entire Bible before, you might want to use a different plan than this, as this "jumps around" quite a bit.  I would suggest this plan which has daily readings from the Old and New Testament and is not quite as demanding.)  There are other plans available, which you can find here.  Whichever plan you use, I would encourage you to start today!  This New Year's Challenge could change your life!


Here's more links to some of my favorite blog posts:

My Top Eleven Posts of All Time (And Some of My Personal Favorites As Well!)
My Top Eleven Blog Posts for 2014 (Since Everybody Has a Top Ten!)
Another Silent Night?