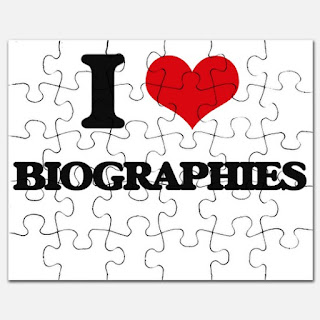 I love biographies of great men and women.  They inspire me.  As a Christian, I certainly enjoy learning about the history of those followers of Christ who have gone before, but I also enjoy reading the story of all those in history who have lived their lives “a cut above”…in many cases, several cuts above.  Here are seven biographies that I’ve enjoyed reading in 2017 with short reviews:

The Autobiography of George Muller

In the last couple of years, I’ve read biographies or watched documentaries of several great Christian leaders of the 19th century (I think I’ve read so many things from the 1800’s that I feel like I live in that century sometime!).  D. L. Moody, Charles Spurgeon, Hudson Taylor, John G. Paton …each of these referred to George Muller of Bristol, England in glowing terms.  In fact, many of them were supported with significant amounts of money from Muller.  So, obviously, I had to find out about this man that everyone from his era seemed to want to visit.  His story is almost beyond belief.  A poor pastor in England with a big vision and a big heart, he began to take in orphans from the poverty-stricken streets of Bristol into his own home in the 1830’s.  Pretty soon, he had to rent more buildings to house the orphans.  Then he built a huge orphanage…then two…then three.  And yet he had NO money.  How did he do it.  By
prayer alone.  George Muller’s story is not so much a story of orphans, although it is that.  It is the story of the power of prayer.  His prayer life makes mine (and frankly almost everyone else’s I know) seem paltry in comparison.  This book will change your view of prayer…it did mine!  My only “complaint” about this book is it ends about 1860, yet he would live for over thirty more years.  I’ve seen a very good documentary on his life that details the fascinating end of his life.  I hope in 2018 to read a book about him that tells “the rest of the story” of this amazing man of faith.

My wife read this book years ago, and I finally got around to it.  Amy Carmichael was a woman of (arguably) no great talents, except the greatest talents of faith and perseverance.  She was sort of a Protestant Mother Theresa, caring for orphans in southern India during the early years of the 20th
century.  A woman of indomitable courage, she rescued hundreds of girls (and later boys) from Hindu Temple prostitution and other abominations.  She, like Muller, believed firmly in the power of prayer and exercised it frequently.  Though she was an invalid the last twenty years of her life, she didn’t let that keep her from being productive, as she became a prolific author during this time.

Martin Luther: The Man Who Rediscovered God and Changed the World (Eric Metaxas)

After having read Eric Metaxas’ great biographies of William Wilberforce and Dietrich Bonhoeffer, I was looking forward to the release of his newest book on Martin Luther.  This one did not disappoint.  I honestly didn’t know a great deal about Luther except for a few bullet points that most people know.  This was a great read, making the world of the 16th century accessible to us 21st century types.  It’s also quite funny in places!

I have read a number of books about our founding generation of Americans, but had never read one of Madison.  Cheney, our former Second Lady,  brings a new appreciation to this perhaps undervalued patriot, particularly in his work in drafting the Constitution and co-authoring the Federalist Papers with Alexander Hamilton.

I read these two biographies of Lincoln back-to-back this year.  Both are fascinating in their own way.

speech, so I was looking forward to this one.  Although it bogs down in a few places, it’s a fascinating look at the often-overlooked period between Lincoln’s election in November, 1860 until his inauguration in April, 1861, truly one of the most crucial time periods in American history.  I’ve read a lot about Lincoln over the years, but I learned quite a bit in this book about him that I’d read nowhere else.  Of particular interest is the account of the inaugural train trip from Springfield to Washington as well as  the drafting of Lincoln’s First Inaugural Address.

I’ve heard of Team of Rivals for years, as it seems like they would promote it every time Doris Goodwin showed up on Meet the Press in recent years.  Being rather obstinate about reading the latest “trendy” book, I’ve never picked this one up until this year.  I read her book about Franklin and Eleanor Roosevelt several years ago, and enjoyed it better than I expected (being as I’ve never been a great fan of either Roosevelt).  This one was even better than the Roosevelt book.  Most of what she writes about Lincoln I’ve read in other places, but the biographical information about his rivals, Seward, Chase, and Bates, was mostly new to me.  This is a very easy read that kept me glued.  It is one book that really lives up to the hype.

Sir Martin Gilbert, I understand, is the consummate Churchill historian.  He wrote an eight volume 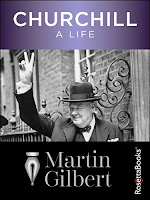 biography of Churchill that I haven’t read, but I did read this one volume version this year.  Churchill is truly one of the greatest figures in world history, as this great biography attests.  Although I knew a fair amount about Churchill just prior to World War II and during the war, as I read his “History of the Second World War” a number of years ago, I didn’t know much about his early years.  Churchill was really a great man even before he became prime minister in 1940. His career began as a soldier in the late 1890's to early 1900's.  His political career began shortly after that and continued for the over a half-century.  He was a true statesman, and was probably the one man most responsible for the victory over Hitler and the Nazis in World War II.

Want to Read More?  Here's a few other posts from this site...

New Strength For a New Year
Book Review: Stonewalled by Sharyl Atkisson
Thoughts at Fifty - Living Between the Dash
Posted by Wayne Nall Jr at 11:48 AM