My Top Eleven Blog Posts for 2014 (Since Everybody Has a Top Ten!) 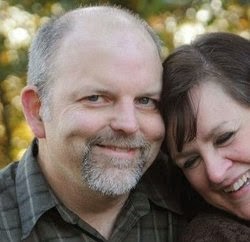 As we wrap up 2014, I thought it might be interesting to share with you my most popular blog posts from this year.  This year marks four years since I've started this blog, and I'm really amazed to see the growth in readership since I first started.  In the beginning, a few dozen people might read what I wrote.  Now, it's not unusual to get several hundred.  Mostly though, I'm appreciative of the responses which I've received from people about my blog, either in person or online.

I started this blog in 2011, with just three posts that year, so I really didn't get very serious about it until 2012.  Since then, I've learned a lot about blogging and how to get the message out there. This is actually only my fifty-second post, so I've obviously not posted daily or even weekly, as my schedule simply doesn't permit it.  I have a full time job, and a lot of other responsibilities, so I just post when I have time, and when I feel like I've got something to say that might be worth reading.    I do enjoy writing, but I'm not in this to get some kind of fame (and certainly not fortune!).  Although I don't have any degrees behind my name, I've been a reader (especially of history) all my life, and I feel like that may give me some insight into current events that perhaps others might not have. Even more than that, I have been a student of the Bible for many years, and I make no bones about the fact that I see the world through the lens of the word of God.  I believe God's word informs my perspective and gives me a worldview that not many have who are writing about current events and social issues.

Everybody seems to have a "top ten" these days, so I guess I'll join the crowd.  However, in the quest to be "always different," I'm making mine "top eleven!

OK!  DRUM ROLL PLEASE....My most read post of the year is...
I'd like to take this opportunity to thank each one of you who have read my blog this year.  I hope it has been a help and a blessing to you.  As always, I welcome your responses, whether positive or negative.

For an inspirational lift, check out my new book, "Grace In Shoe Leather." It's an amazing story of grace and forgiveness that has made a difference in the lives of so many. You can download it here: http://amzn.to/1wLL5Mw    P.S. IT'S ON SALE TODAY - JUST 99 CENTS!!!!