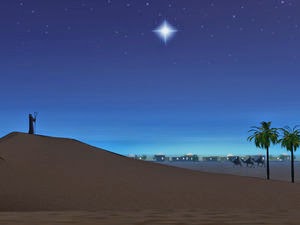 
I was thinking recently about a day which was over two and half decades ago now.  The date was December 16, 1991. Honestly, I have no memory of what that day was like for me and my wife Kathy. I was serving at that time as a pastor of a small rural church, but, because they were not able to support me fully, I had taken a job at a Mr. Gatti's pizza in nearby Boonville, Indiana. I was the dough maker. I suppose that on that Monday morning, I went in to work early just like any other day, made my dough my batch of dough, completed my shift, and went home. It was a rather silent day...followed by a silent night.

We were childless and were not able to have children ourselves. A couple of years before, the Lord had called us into foster parenting. We were currently without any foster kids in the home, as we had just sent a sibling group back home to their mom. We had cared for her three children for over a year. So, for Kathy and I, it was a rather depressing Christmas season. The Yuletide was not exactly gay that year, and would pass by pretty uneventfully for us. Silent days followed by silent nights.

Two weeks and a day later, on the last day of the year, I was back making dough at Mr. Gatti's. The manager called for me and told me that my wife was on the phone. That was unusual. I took the call. The welfare case worker had called her, and told her that a baby was in the NICU in a hospital in nearby Evansville, and the child needed a home. A young girl, herself a foster child, had given birth recently to this baby who had spina bifida, and neither the mother nor her family were able to take care of the little one.  They told us straight out that this was not to be a temporary placement. They needed a permanent home for this little girl. Needless to say, we accepted. There would be no more silent days and silent nights for us for a long time!

We had not gone into foster parenting expecting to adopt. In fact, they cautioned us to not expect such a thing. Yet, God in his timing brought our daughter Britny into our lives in the most unexpected way. Her arrival into our home changed our lives forever. It is hard to imagine what our lives would have been like without her. We would face many trials ahead, including many surgeries, yet she has brought immeasurable joy into our home, as did the two other little girls who God would eventually send into our lives as adopted children.

Every year when we celebrate Britny's birthday on December 16, we are so thankful for the gift that the Lord gave us back in 1991. That silent day and night in the middle of December had passed by so uneventfully for us. Yet, behind the scenes, God had been working in a marvelous way.

This reminds me of another December day and night, much farther back. Almost two thousand years ago, a young girl and her espoused husband struggled just to find a quiet place to have her baby. All the rooms were full in Bethlehem that night, so Mary and Joseph found themselves in a nearby cave, sharing space with the animals whose home they had invaded. The entire story of this familiar evening is told to us in Luke in only twenty verses. Matthew is even briefer. Less than a verse tells the story of Jesus' birth in that secluded spot. With the notable exception of some lowly shepherds, who would tell the child's parents of a celestial appearance on a hillside several miles away, the birth of Christ was unknown to almost all of those around it. Most people in Bethlehem went to bed that night and woke up the next morning without any knowledge that anything special at all had happened. The Savior of the world had been born a stone's throw from them, yet they went back to their homes in other parts of Israel not having a clue that the most important event in history had just happened in their midst.

Perhaps the days and nights of your life also seem to pass uneventfully. Maybe you're a single mother, just struggling to get by from day to day. Perhaps you're a construction worker or a factory employee, finding your days and nights filled with monotony, amid the wreckage of unfulfilled dreams and broken promises. You might be a stay-at-home mom, worn out dealing with attitudes and demands from your children. Your days and nights might not be silent, but they could seem pointless to you.

Yet, whether you realize it or not, if you are a child of God and have put your trust in His son Jesus, your days are never pointless. What you do from day to day really matters. And, like that long-ago sixteenth day of December for us, the Lord may be working behind the scenes in your life in ways that you can scarcely imagine. All He asks of you is to trust Him. Like a weaver making a stunning tapestry, He is weaving the seemingly useless events of your life into an array of beauty. Yet, in this life, we can only see the unattractive backside of the tapestry.  One day, when our journey here is done, He will turn that tapestry around and all will then make sense.  We will then be able to say, "He has made everything beautiful in its time." (Ecc. 3:10) 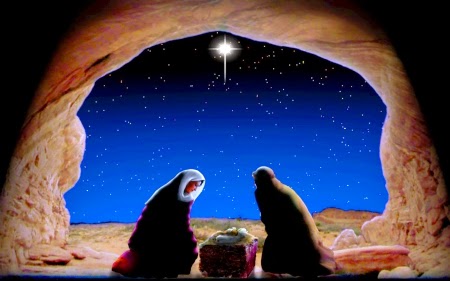 I realize as I'm writing this that there a few of you that could only wish for a silent night. You are going through trials that make you wish life were more monotonous. A sick child. An unfaithful spouse. A lost job. A December death in the family. That quiet hillside in Bethlehem has no comfort for you as you try to survive this tragedy. You are right. Thinking of the little baby in the manger is not enough to bring you much comfort.

However, I would point you to another hillside just a few miles from Bethlehem. In Hebrew, it's name is Golgotha. In Latin, Calvary. Thirty-three and a half years after that Bethlehem morning, the Son of God hung on a Roman cross. He'd done nothing to deserve this miserable death. Quite the opposite. He'd lived the only sinless life in the history of mankind, yet here He was. Face beaten to a pulp. His back gory beyond imagination. Strong Roman nails adorning his feet and hands. In agony, He exclaims, "Eli Eli lama sabachthani?" "My God, My God, why have you forsaken me?"

Because He died that day, in our deepest grief we never have to say those words. God forsook Jesus briefly that day, so that we can never be forsaken.

He made Him who knew no sin to be sin on our behalf, so that we might become the righteousness of God in Him (2 Cor. 5:21)

As a result, when we accept that gift of righteousness, we can claim all that God has for us. No matter what tremendous struggle you or I might be facing, we now have no reason to despair!

And we know that God causes all things to work together for good to those who love God, to those who are called according to His purpose. (Romans 8:28)

What a promise! Notice that God can use all things in our lives, even the most horrendous tragedies, to work together for our good and His glory. We only have to love Him and trust Him. He will not allow us to suffer beyond what we can bear, but will make a way of escape that we might be able to bear it. (1 Cor. 10:13). That way of escape is Jesus Himself.

Whether your nights are silent or noisy, whether you are facing great trials or just the day-to-day tedium of life, your hope and my hope this Christmas is found in Christ. His promise to you and to me is that He will never leave us nor forsake us!


While I was writing this post, my wife shared with me Mark Schultz' song, " Different Kind of Christmas." It just seems to fit so well with what I wrote about here, I wanted to share this with you, especially for those of you who are dealing with the death of a loved one this time of year: https://www.youtube.com/watch?v=5PBEMfbWq_Y