Why Study The Bible? Here Are Five Reasons!

Earlier this year, I wrote a series of articles on personal devotion centering on prayer (which you can read here).  I’m starting a new series here centering on Bible study:


that 88% of Americans own at least one Bible.  However, only 19% are actually “Bible engaged”-which this survey describes as those who read the Bible at least four times a week and believe it is the actual or inspired Word of God.  This 19% is also the number of Americans who now consider themselves Bible skeptics.  That number has almost doubled from 10% to 19% in almost three years.  Thirty-nine percent of Millennials never read the Bible at all.

Biblical literacy is indeed falling.  One of the reasons is that the secularization of our culture has brought about lack of understanding as to why it is so important to be a student of the Bible.  So, before I write about how to study the Bible effectively, we have to grapple with this question:


Why study the Bible?

1.     The Bible is the inspired Word of God – How can I claim this?  I could give many reasons, but here are three:
·        Although the sixty-six books of the Bible were written over 1600 years apart by over forty human authors who come from a variety of backgrounds (including shepherds, farmers, fishermen, physicians, kings, and priests), the message of the Bible is remarkably consistent.  It is the story of God’s relationship with humanity.  It tells the story of the creation and fall of mankind as well as  the redemption of mankind in the person and work of God’s son, Jesus Christ.  That redemption is available to all who repent of their sins and follow Christ.
·        If you were going to make up a story, would you make yourself look good or bad?  I think most people would honestly say that you would make yourself look as good as possible.  However, the Bible is just the opposite.  Consider that the Old Testament was written by a variety of Jewish writers, yet it details repeated instances of disobedience and gross sin even by some of such Biblical heroes as Noah, Moses, and David.  Here is one New Testament “head-scratcher” for those who are skeptics of the Bible.  In 1st century Palestine, a woman’s testimony was not considered credible, yet the Bible writes that it was three women who first discovered that Jesus rose from the dead!  If a 1st century Jew made it up, why would you choose people who your society does not see as credible?
·        There have been countless archeological finds that support the veracity of the Bible.  These are being discovered almost constantly.  Just this summer, an article was published about a find in the valley of Elah just west of Jerusalem.  An ancient piece of pottery contains the name of one of David’s rivals, Eshba’al.  This name had never been found in any writing outside the Bible until this was found. Another example is found in this article on the possible discovery of the cities of Sodom and Gomorrha.
2.     The Bible is culturally relevant – Our culture is steeped in phrases and concepts that are uniquely Biblical.  Yet, sadly, most people don’t realize this.  Consider these phrases
·        “I’m at my wits end!
·        “I escaped by the skin of my teeth!”
·        “Don’t cast your pearls before swine”
·        “A house divided against itself cannot stand”
·        “He was a good Samaritan”

Where did these phrases come from?  You guessed it…the Bible!  (If you want to read more about this, here is a list of 122 phrases that we use in everyday life that come from the Bible.)  In fact, I don’t think you can consider yourself educated without knowing something about the Bible.

3.     The Bible supplies a moral framework for your life – How do we know what is right and wrong? 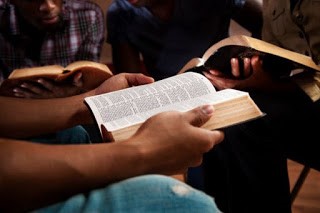 Some will say that you just know these things intuitively.  However, what we think is intuitive is not intuitive in all societies.  In many societies in the world, rape, incest, and even murder are not considered sinful.  The Ten Commandments in the Bible as well as many other passages in the Bible reveal to us God’s view of sin.
4.     The Bible is a source of great wisdom – We live in an age in which knowledge is abundant but wisdom is rare. One of the definitions of wisdom that I found is “the natural ability to understand things that most other people cannot understand.” Another way to describe wisdom is the ability to apply knowledge that is applicable to a given situation. What good is knowledge without the ability to apply it? That is where the Bible comes in. In fact, the Bible has one entire book (Proverbs) that is just devoted to wise sayings. There is more wisdom in any chapter in that one book than you will get in any secular college or university for four years!
5.     The Bible is the means to encounter God – Anyone who has ever spent significant amounts of time in study of the Bible will understand the meaning of Hebrews 4:12

For the word of God is living and active and sharper than any two-edged sword, and piercing as far as the division of soul and spirit, of both joints and marrow, and able to judge the thoughts and intentions of the heart.

God’s word is alive!  I have no idea the number of times that I have encountered God through his word, but is certainly hundreds of times.  I will often read a passage that I have been through dozens if not hundreds of times in the past and yet will see some facet of that passage that I have never seen before.  God has spoken to me by using His word so many times in my life as I have gone about my regular activities.  God still speaks today and He is not limited by His word alone in the way He can speak to us, but I have found that the primary way that He speaks to His people is through His word.  But He can’t speak to you through His Word if you don’t know it!  Want to encounter God?  Spend time getting to know Him in His Word!

Want to read more?  Here are a few links to related articles on this blog:

Why Pray?
The Greatest Single Ingredient Of A Successful Prayer Life
Jump Start Your Devotional Life!
Church Etiquette-Wisdom From A Bygone Age
God Can Do Things In Prayer That Are Just So Cool!
Thoughts At 50 - Living Between the Dash
Living A Christian Life in an Anti-Christian World


The Charleston Tragedy: Racism, Gun Control...And The Power of Forgiveness!