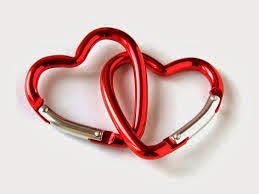 I continue my series here in support of the traditional view of marriage. Here are links to the first article “What Is Marriage?” and to the second article “Five Biblical Reasons to Support Traditional Marriage.”


While I am a Christian and I get my values largely from my understanding of the Christian scriptures, I certainly realize that I live in a pluralistic society. There was a time in American history when the vast majority of U.S. citizens held these views, but that is no longer true. Because of this, I understand that an argument for the traditional view of marriage and against the revisionist view of marriage (as defined in my earlier article, “What Is Marriage?”) based solely on the Bible won't go very far with a lot of people in this increasing secular society. But is there a secular argument to be made for traditional marriage that all of us, no matter what our religious (or non-religious) affiliation may be? I certainly think so.

In their book What Is Marriage? Man and Woman: A Defense,” as well as in their Wall Street Journal article “The Wisdom Of Upholding Tradition”, Princeton's Robert P. George, Sherif Girgis, and Ryan T. Anderson make the following observation concerning the traditional or conjugal view of marriage:

“...marriage unites a man and woman holistically—emotionally and bodily, in acts of conjugal love and in the children such love brings forth—for the whole of life. These insights require no particular theology. Ancient thinkers untouched by Judaism or Christianity—including Aristotle, Plato, Socrates, Musonius Rufus, Xenophanes and Plutarch —also distinguished conjugal unions from all others. Nor did animus against any group produce this conclusion, which arose everywhere quite apart from debates about same-sex unions. The conjugal view best fits our social practices and judgments about what marriage is.”

The course that we are about to embark on has no roots in any thinking society. Like the diver jumping off the high dive without checking to see if there is any water in the pool below, we are foolishly hurling ourselves headlong into something in the name of “fairness” and “equality” without any regard to the long-term ramifications of our actions.

There are a number reasons that we should pause and consider these actions and what they could mean for our society and the societies around us. I have chosen five, but there could be many more. We'll cover the first two in this article, starting with what should be one of the most obvious:

1.  Redefining marriage is harmful to children.  Decades of research show that children do better with a mom and a dad than any other arrangement. By redefining marriage as any two people, regardless of gender, who love each other, we are making a statement as a society that fatherhood and motherhood are interchangeable. In fact, our own government, while speaking out of one side of it's mouth in favor of “same-sex marriage,” continues to speak out of the other side of it's mouth about the importance of fatherhood. Consider this quote from an article on the U.S.Department of Health and Human Services website:

“A noted sociologist, Dr. David Popenoe, is one of the pioneers of the relatively young field of research into fathers and fatherhood. "Fathers are far more than just 'second adults' in the home," he says. "Involved fathers bring positive benefits to their children that no other person is as likely to bring."Fathers have a direct impact on the well-being of their children”...(There is a positive) connection between fathers and child outcomes, including cognitive ability, educational achievement, psychological well-being, and social behavior. (This) also underscores the impact of the father and mother's relationship on the well-being of their children.”

Also, citing the same study, this article states that


“...children with good relationships with their fathers were less likely to experience depression, to exhibit disruptive behavior, or to lie and were more likely to exhibit pro-social behavior. This same study found that boys with involved fathers had fewer school behavior problems and that girls had stronger self-esteem. In addition, numerous studies have found that children who live with their fathers are more likely to have good physical and emotional health, to achieve academically, and to avoid drugs, violence, and delinquent behavior”


Now, it should go without saying that a child raised by two women does not have a biological father in the home as is inherently deprived of the benefits of an involved father. However, at this point the argument is often made that by making this claim we are taking a swipe at single parents by saying that their parenting is somehow substandard. This is obviously not true. While many children may survive and some may even thrive in a fatherless home, it would be foolish to say that this is the optimal condition that we would want all kids to be placed in. Although not every home may have the benefit of an involved father, we should strive to make sure that the highest number of children possible may have this benefit.”


Even President Obama, who famously has “evolved” into a “same-sex marriage' advocate, made this statement last year about his own fatherless upbringing.

“There are "heroic" single mothers across the country, but at the same time, I wish I had had a father who was around and involved...Building strong communities and a strong economy "starts at home," Obama said, adding that "there's no more important ingredient for success -- nothing that would be more important for us reducing violence -- than strong, stable families, which means we should do more to promote marriage and encourage fatherhood."

I couldn't have put it better myself!

As Girgis, Anderson, and George puts it:

If same-sex relationships are recognized as marriages, not only will the norms that keep marriage stable be undermined, but the notion that men and women bring different gifts to parenting will not be reinforced by any civil institution. Redefining marriage would thus soften the social pressures and lower the incentives—already diminished these last few decades—for husbands to stay with their wives and children, or for men and women to marry before having children. All this would harm children’s development into happy, productive, upright adults.”


Finally, I think any single father trying to raise a child by himself would testify to the fact that it is a supreme struggle to raise a child without a mother. Two men raising a child together, though both may love that child tremendously, are simply not able to give the child (or children) the same nurturing benefit that an involved mother can.  This isn't sexism.  It's just a fact.

The National Fatherhood Initiative, an organization that President Obama (to his credit) strongly supports, released the results of a 2008 study on the cost to society of fatherlessness, entitling the results “The One Hundred Billion Dollar Man.” Among their findings were that “the Federal Government spent at least $99.8 billion providing assistance to father-absent families in 2006.” Since the advent of the Great Recession, that number has certainly been on the rise.

Girgis, Anderson, and George puts it this way in their Wall Street Journal article:

“...at issue is government expansion. Marital norms serve children, spouses, and hence our whole economy, especially the poor. Family breakdown thrusts the state into roles for which it is ill-suited: provider and discipliner to the orphaned and neglected, and arbiter of custody and paternity disputes.

In her article, "Privatizing Marriage Will Expand the Role of the State," Jennifer Roback Morse makes the following argument:

“ If you try to do marriage and parenthood by trial and error, you can...wreak a lot of damage. This pretty much has been the story of the past fifty years. Every “increase of freedom” turned out to be another episode of lawlessness. No-fault divorce, out-of-wedlock childbearing, and the early sexualization of children, all seemed like good ideas at the time..but lawlessness turned out to impose constraints of its own...And who generously and kindly steps in to clean up the mess? Why, the state, of course. The government now involves itself in people’s private lives far more than it ever did in the dreaded fifties.”

She goes on to describe the results of the policies of “The Lifestyle Leftists,” who:

“not surprisingly, are precisely the people who want to remove the last remaining structural feature of marriage, by declaring it to be genderless... They are not giving the slightest thought to the new incentives these policies would put in place, or the whole sequence of changes they would set into motion.”

The Family Research Council sums it up this way:

“In situations where families have broken up due to divorce, government involvement usually increases. A study by the left-leaning Brookings Institution found that, between 1970 and 1996, $229 billion in welfare expenditures could be attributed to social problems related to the breakdown of marriage...By promoting strong marriage and intact families, the government actually reduces the role it would otherwise play in fulfilling these social functions. It is in the interest of children, spouses, and the public to promote strong and enduring marriages...


The serious problem of the breakdown of marriage will only accelerate with the adoption of a revisionist view of marriage. Redefining marriage makes marriage about adult desires instead of the needs of children, making the culture less conducive to producing stable, intact homes. We should indeed rebuild and restore marriage, not undermine it by redefining it's meaning. 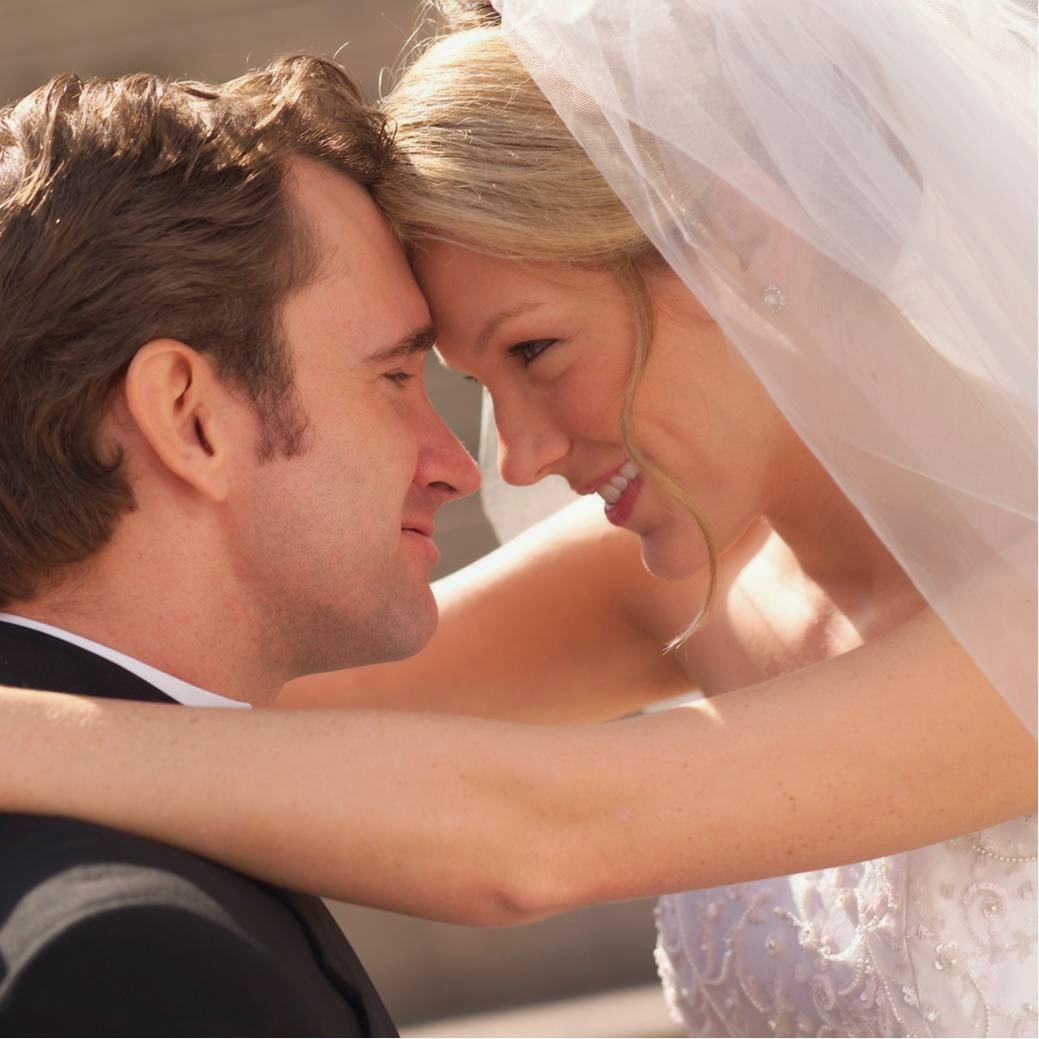 To continue to Part 2, click below:
Five Secular Reasons To Support Traditional Marriage-Part 2