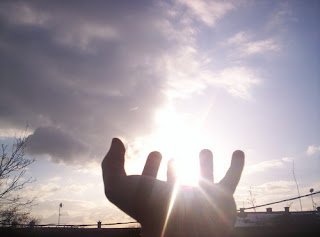 This is a sixth in a series of devotional readings written in preparation for the "Waiting 2018" gathering later this week, which many of us are planning to attend.   To read Devotion #5, click here.  To read from the beginning of the series, click here.

From A.W. Tozer’s The Knowledge of the Holy

...The word "present," of course, means “here, close to, next to,” and the prefix “omni” gives it universality. God is everywhere here, close to everything, next to everyone.

Few other truths are taught in the Scriptures with as great clarity as the doctrine of the divine omnipresence. Those passages supporting this truth are so plain that it would take considerable effort to misunderstand them. They declare that God is immanent (inherent, indwelling) in His creation, that there is no place in heaven or earth or hell where men may hide from His presence. They teach that God is at once far off and near, and that in Him men move and live and have their being. And what is equally convincing is that they everywhere compel us to assume that God is omnipresent to account for other facts they tell us about Him.

For instance, the Scriptures teach that God is infinite. This means that His being knows no limits. Therefore there can be no limit to His presence; He is omnipresent. In His infinitude He surrounds the finite creation and contains it. There is no place beyond Him for anything to be. God is our environment as the sea is to the fish and the air to the bird. “God is over all things,” wrote Hildebert of Lavardin, “under all things; outside all; within but not enclosed; without but not excluded; above but not raised up; below but not depressed; wholly above, presiding; wholly beneath, sustaining; wholly within, filling.”

...Thinking men of almost every age and culture have been concerned with the question of what kind of world this is. Is it a material world running by itself, or is it spiritual and run by unseen powers? Does this interlocking system explain itself or does its secret lie in mystery? Does the stream of existence begin and end in itself? Or is its source higher up and farther back in the hills?

Christian theology claims to have the answer to these questions. It does not speculate nor offer an opinion but presents its “Thus saith the Lord” as its authority. It declares positively that the world is spiritual: it originated in spirit, flows out of spirit, is spiritual in essence, and is meaningless apart from the Spirit that inhabits it.

The doctrine of the divine omnipresence personalizes man’s relation to the universe in which he finds
himself. This great central truth gives meaning to all truths and imparts supreme value to all his little life. God is present, near him, next to him, and this God sees him and knows him through and thorough.

At this point faith begins, and while it may go on to include a thousand other wonderful truths, these all refer back to the truth that God is and God is here. “He that cometh to God”, says the Book of Hebrews, “must believe that he is” And Christ Himself said, “Ye believe in God, Believe also...” What ever “also” may be added to the elementary belief in God is superstructure, and regardless of the heights to which it may rise, it continues to rest solidly upon the original foundation. 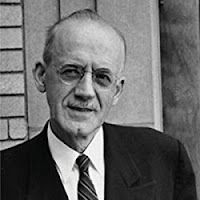 The teachings of the New Testament is that God created the world by the Logos, the Word, and the Word is identified with the second person of the Godhead who was present in the world even before He became incarnate in human nature. The Word made all things and remained in His creation to uphold and sustain it and be at the same time a moral light enabling every man to distinguish good from evil. The universe operates as an orderly system, not by impersonal laws but by the creative voice of the immanent and universal Presence, the Logos.

Canon W. G. Holmes of India told of seeing Hindu worshipers tapping on trees and stones and whispering ”Are you there? Are you there?” to the god they hoped might reside within. In complete humility the instructed Christian brings the answer to that question. God is indeed there. He is there as He is here and everywhere, not confined to tree or stone, but free in the universe, near to everything, next to everyone, and through Jesus Christ immediately accessible to every loving heart. The doctrine of the divine omnipresence decides this forever.

This truth is to the convinced Christian a source of deep comfort in sorrow and of steadfast assurance in all the varied experiences of his life. To him “the practice of the presence of God” consists not of protecting an imaginary object from within his own mind and then seeking to realize its presence; it is rather to recognize the real presence of the One whom all sound theology declares to be already there, an objective entity, existing apart from any apprehension of Him on the part of His creatures. The resultant experience is not visionary but real.

The certainty that God is always near us, present in all parts of His world, closer to us than our thoughts, should maintain us in a state of high moral happiness most of the time. But not all the time. It would be less than honest to promise every believer continual jubilee and less than realistic to expect it. As a child may cry out in pain even when sheltered in its mother’s arms, so a Christian may sometimes know what it is to suffer even in the conscious presence of God. Though “alway rejoicing,” Paul admitted that he was sometimes sorrowful, and for our sakes Christ experienced strong crying and tears though He never left the bosom of the Father (John 1:18).

But all will be well. In a world like this tears have their therapeutic effects. The healing balm distilled from the garments of the enfolding Presence cures our ills before they become fatal. The knowledge that we are never alone calms the troubled sea of our lives and speaks peace to our souls.

That God is here both Scripture and reason declare. It remains only for us to learn to realize this in conscious experience. A sentence from a letter by Dr. Allen Fleece sums up the testimony of many others: The knowledge that God is present is blessed, but to feel His presence is nothing less than sheer happiness’…

Where can I go from Your Spirit?
Or where can I flee from Your presence?
If I ascend to heaven, You are there;
If I make my bed in Sheol, behold, You are there.
If I take the wings of the dawn,
If I dwell in the remotest part of the sea,
Even there Your hand will lead me,
And Your right hand will lay hold of me.
If I say, “Surely the darkness will overwhelm me,
And the light around me will be night,”
Even the darkness is not dark to You,
And the night is as bright as the day.
Darkness and light are alike to You.
(Psalm 139:7 – 12)


Devotion #7 - The Omnipotence of God