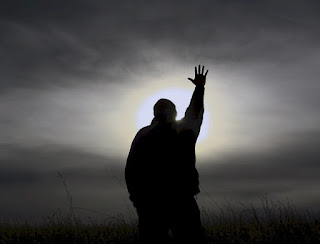 One of the more popular words that we see in the news these days is “robust.” We use this word to describe something that is strong and hardy. Just a quick check of this word in recent news articles revealed things like “robust jobs report,” “robust demand,” and “robust oil prices” (not exactly a good thing!). I looked up the origin of this word and found something very interesting. It comes from the Latin word “robustus” whose literal meaning is “as strong as oak.” It conveys the image of a sturdy tree whose roots go down deep. Winds may blow, storms may lash strongly against it, but it remains undisturbed.

The Bible actually likens a man who follows God to such a tree. Read these words from Psalm 92:

The righteous man will flourish like the palm tree,
He will grow like a cedar in Lebanon.
Planted in the house of the Lord,
They will flourish in the courts of our God.
They will still yield fruit in old age;
They shall be full of sap and very green,

Although this verse can apply to both men and women, since we are near Father’s Day, we’re going to apply it to men today.

Notice first for all that this robust man is righteous...that is, “right with God.” He is one who flourishes like a strong tree. In Psalm 1, it describes this same type of man as being “...like a tree firmly planted by streams of water.” It is in his right relationship with God that “the righteous man” flourishes. It is in that relationship that he is “firmly planted.” The truth is that without God, our lives are far from robust. Though outwardly we may seem to flourish, yet inwardly there is no firm foundation.

Secondly, notice that this “righteous man” is planted in the house of the Lord. I’m afraid in our culture, church attendance has become optional, even for those who call themselves Christians. This is especially true of men. Somehow to be a spiritual man is considered “unmanly.” To pray and take our families to church denotes weakness to many men. Yet, actually the opposite is true. A flourishing man...a robust man...is one who is spiritual. He is “planted in the house of the Lord.” He is the man who finds himself in church...every time the doors are open! How we need these kind of robust Christian men in our culture! 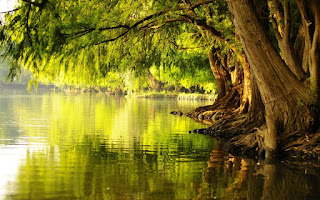 Finally, we also note that this spiritual man of robust faith bears much fruit in his life. Not occassional fruit, but consistent fruit...even down to his old age. Psalm 1 says of this man that “in whatever he does, he prospers.” This is because he doesn’t live a selfish life. He doesn’t live on “Me Mountain.” He is productive in the way that he relates to his fellow man. He gives of himself to others. He gives his time, treasure, and talent to God’s kingdom, asking nothing in return. In his latter years, he is the family patriarch, “full of sap and very green!”

Men, don’t you want to be a man like that? Women, don’t you want your husbands, fathers, and sons to be that kind of a man? Believe it or not, these type of men really do exist today! I would encourage you men to become that kind of man. Start this Sunday by going to a Bible-believing church in your area. Begin to read God’s word. Pray to Him daily. Ask Him to make you the kind of man that you want to be...the kind of man that you know you should be...a robust Christian man!

(This article originally appeared in The Posey County News...June 12, 2018)